5 Authentic French Meals To Try On Your Next Yacht Charter

France is famous for a variety of reasons: from being home to the city of love (Paris), to its highly regarded arts, fashion, and culture. However, France is arguably the most famous and widely regarded for its exceptional cuisine.

French food is globally acknowledged to be some of the finest food in the world. So, if you’re planning a yacht charter to France, there’s no better time to try some authentic French cuisine for yourself. If you’re not familiar with French food, deciding which meals to try can be quite daunting. This blog will explore five authentic French dishes that we recommend trying during your time in France! 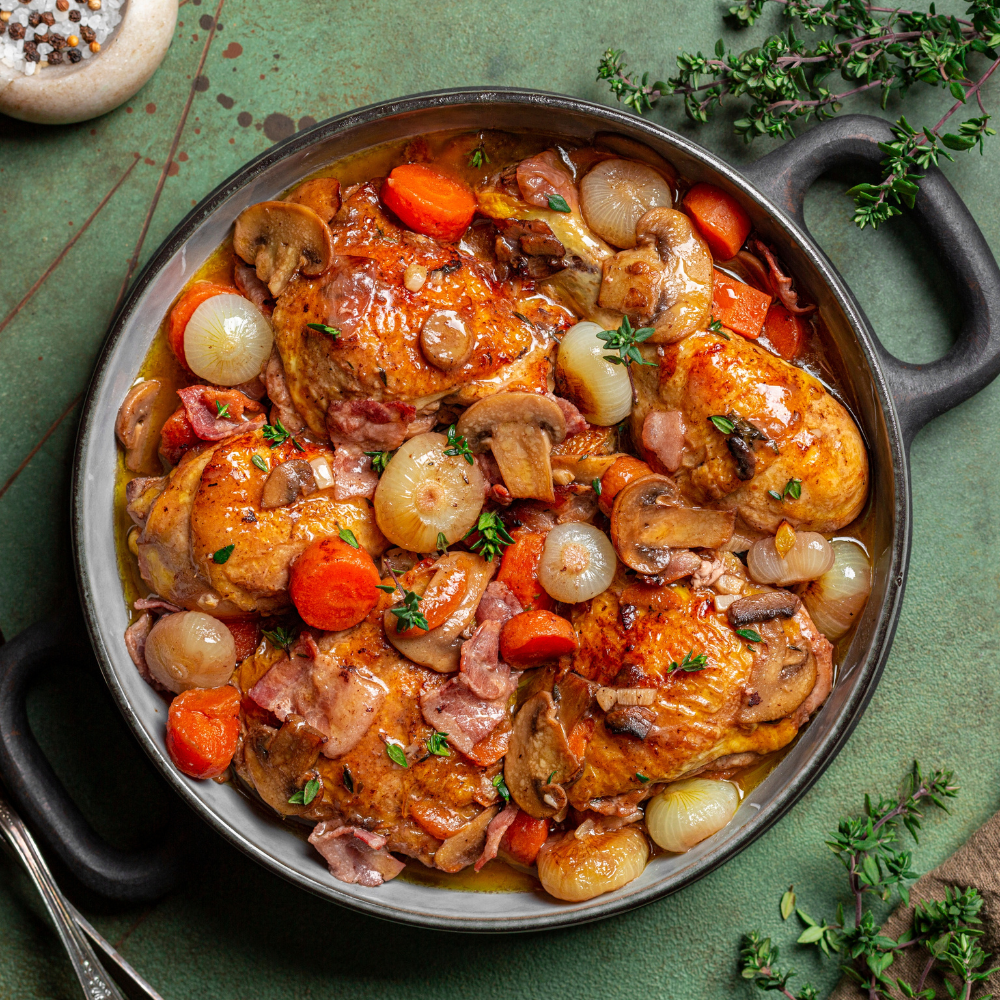 Chicken stewed in a sauce of wine, diced pork, onions, garlic, and mushrooms.

Coq au vin is another staple of French cuisine. The meal consists of chicken (or any other type of poultry) that is braised in wine, with lardons, mushrooms, and garlic. The wine used in the recipe is usually red, however, there are several variations where people use whatever local wine is available.

Similarly to escargot, the origins of this recipe can be traced back to a significant historical figure, Julis Caesar! Although there is no documented mention of coq au vin until the 20th century, a similar recipe for ‘poulet au vin blanc’ appeared in a cookbook in 1864. However, it’s widely acknowledged that this recipe existed before this time.

When pairing coq au vin with wine, the French recommend a full-bodied, earthy red wine, such as a Côte du Rhône or a Pinot Noir. 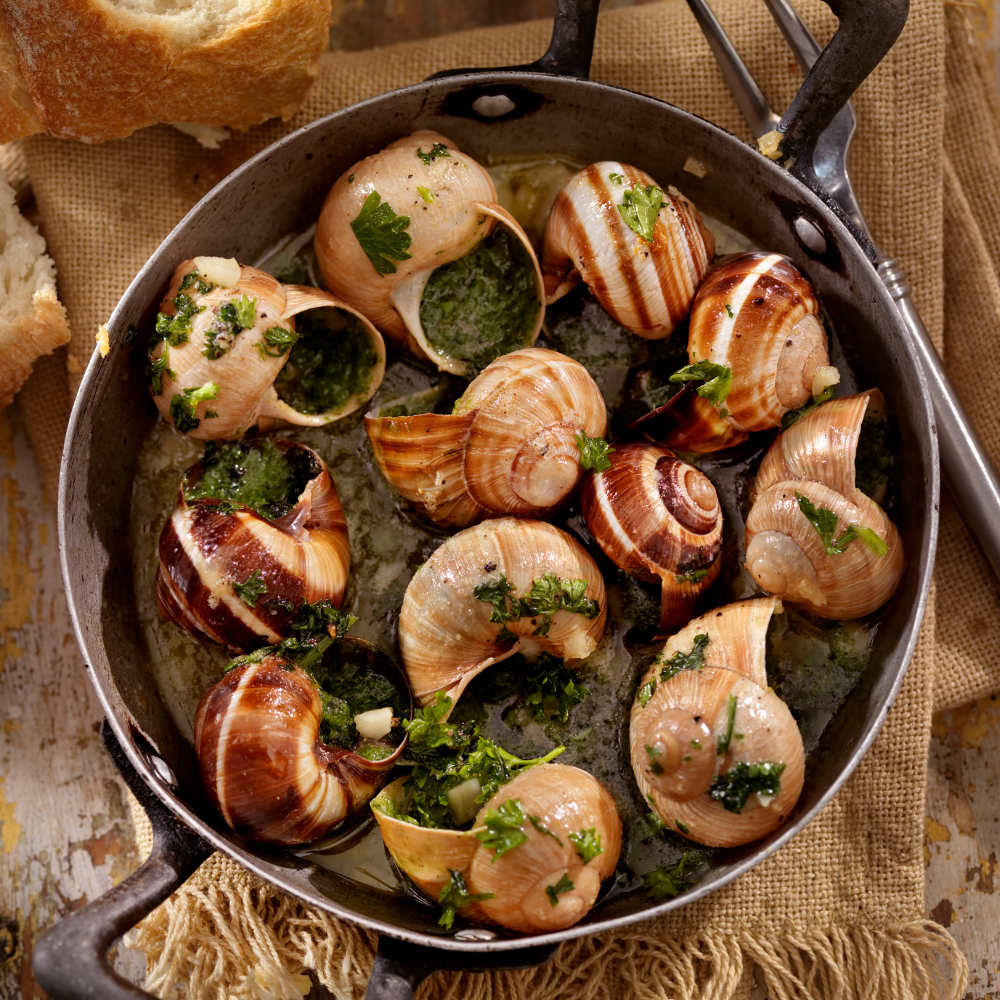 A dish of cooked land snails, usually served as an appetiser in most French restuarants.

Snails have been around since the dinosaurs, and there’s evidence to suggest that human beings have been eating them since then. However, the modern method of preparation allegedly dates back to the 19th century. During this time, two prominent political figures arrived at a restaurant late for lunch and all that was left were snails. After the chef added garlic and parsley to improve the presentation and taste, history was made and French cuisine was forever changed. While we can’t verify the story of how modern escargot came to be, we know that France eats over 16,000 tonnes of snails every year! So, it doesn’t get much more authentically French than that.

Naturally, the French recommend a French white wine, or white burgundy, as the perfect accompaniment to this classic French dish. 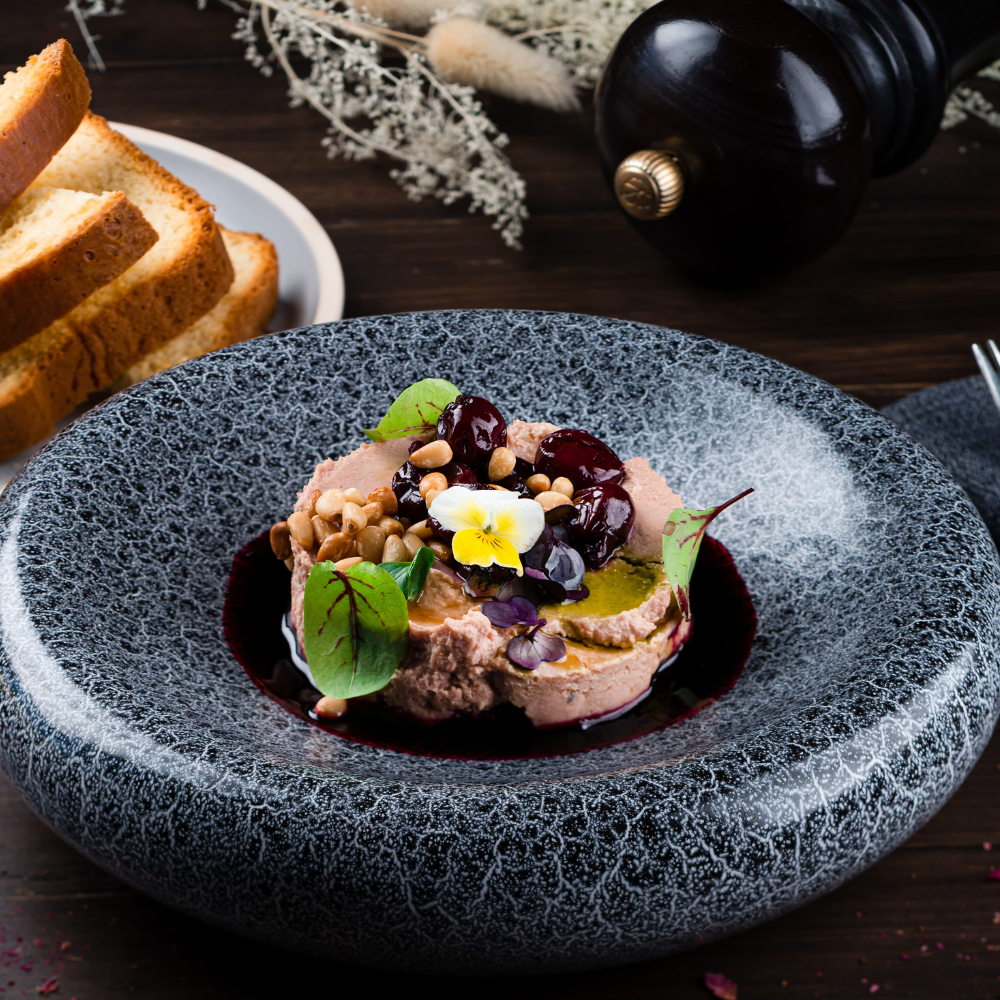 A delicacy of French cuisine, the liver of a goose or duck that has been fattened by a process of force-feeding.

Foie gras is a specialty of French cuisine, made from the liver of a duck or goose. While its production is controversial (involving force-feeding the bird in a process known as “gavage”), it is seen as a delicacy in France. Foie gras is either served as a whole liver, or turned into a mousse, parfait or pâté, and is usually served as an accompaniment to another food item, such as steak. The actual process of force-feeding birds to fatten them up was first initiated by the Egyptians who fattened up geese as early as 2500 BC. The technique subsequently spread, but foie gras isn’t explicitly mentioned until the Roman era. A soft, sweet white wine is recommended as the accompaniment for this classic, yet controversial, French dish. 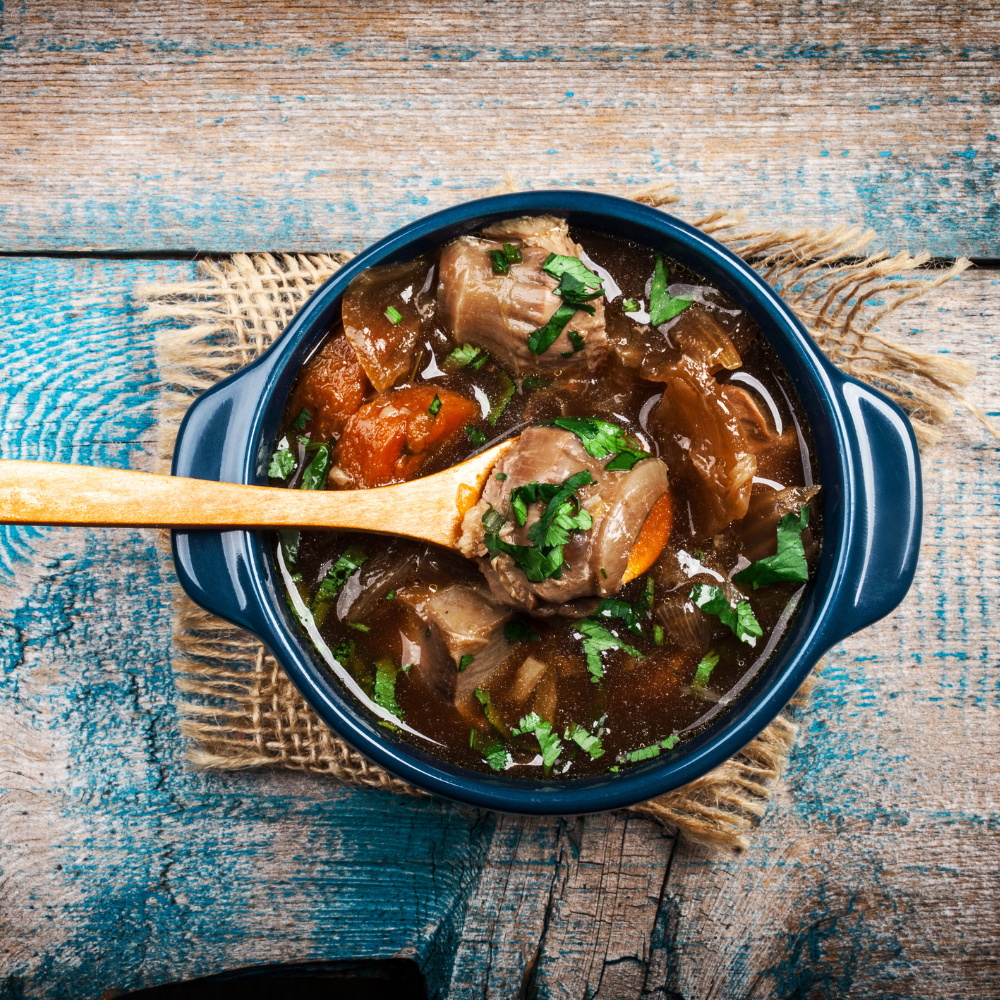 Similar to coq au vin, beef bourguignon is a french dish that involves cooking meat in wine, the main difference being the type of meat used.Beef bourguignon is a stew consisting of beef that has been braised in red wine and beef stock, flavored with a variety of ingredients including mushrooms, carrots, lardons, onions, garlic, and bacon. The first recorded documentation of beef bourguignon was in 1864, but there are similar recipes recorded that substituted the beef for a leg of lamb, or even rabbit. While it initially garnered a poor reputation in the 19th century for being cooked with leftover meat, it has since risen to prominence in French cuisine, becoming a very popular option in many French bistros. Traditionally, the wine pairing for a beef bourguignon is a red burgundy or a merlot.

French food is the kind of luxury that should be enjoyed to the fullest. So, keep this in mind when choosing a company to purchase your yacht provisions from. The quality of the ingredients you choose to make these meals is as important as the meal choices themselves!